Christmas Is fucking good, everything with christmas specials and events gets 100% better. I remember the time when I saw my first christmas event in habbo, it was fantastic. Don't play habbo anymore though

Finished the first chapter somedays ago and now I'm playing the second, i didn't have any contact with the franchise before and I have to say it, I'm impressed. it's strange how just some sprites which just have 3 or 4 different poses can fucking pass a sensation of livety into your experience and yes I played with the classic ones. looking it from the outside you would think that it would feel silly but the way it went down my mind was like a fun ride, the writing from Keiichi perspect really makes you want him to win and there's so much mistery and doubt at the first chapter that it's kinda of frustrating when you notice that not every question was answered because there's more 7 fucking chapters. I think i will play all of the VNs before watching the new or the old anime, I really want to enjoy the franchise at the maximum. 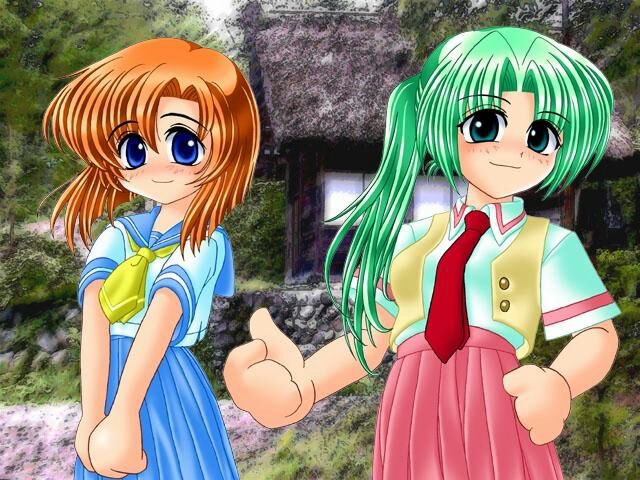 I think i can't take reality like a grown adult, time passes and i still jobless unfunctional man which just has a place in his mom's basement, i tried and went to interviews, courses and all, but it looks like i'm too much of a social potato to impress the person interviewing me and get hired, the weird thing is that we are in an age which i could be ok with ii, just needed to pick something like programming, drawing and etc, but i praticed a variety of things for years and even developed love for some of them, but I'm still sucking at it. The fear of not producing money penetrates my head every time i try something and make it almost impossible to have enjoyment or satisfaction of anything. I had home, a computer and i didn't live in hunger for my entire live and I'm still failing. I think i can't develop passion for anything anymore everything i try give the instant feeling of "losing your time" even if that's not the truth. everyday I ask myself how I got so wrong as a person. I will just put the fault at my lack of foccus on something as a kid, I never focused on school, hobbies or learning something, my life was finding something new, learning a little about it then finding a new new thing and learning something new about the new new thing and it goes on and on.

God of High School is cool, but it can't grow on me

I'm Watching GoH now, and don't get me wrong. it has cool animations and all, it's not bad, but i feel like i'm just watching some laser show or something like that, it's nice and looks nice, and the people behind it could even make some nice technical things with the way they show the lasers, but it will not be be more than that, a show that you will go one time and then it will not stay with you, maybe popular battle shonen anime are lame in a lot of aspects, i know that Naruto/Gash Bell/YuYuHakusho have their problems, but they have something that GoH don't, they give you motives to bond with the characters, the majority of them show the main character being himself in a way that they shine. Jin is not a very built character, what he has? He loves to fight, and had a strong grandpa, and maybe had some sadness? But that's it, he is not childish in a entertaining way like gash, not showed as someone who even with a problematic life still with a good heart and people who cared for him or even as someone who feel the pain of being alone and screaming for attention in a world where everyone has a reason to fear him. I know, they maybe fucked or forgot about those aspects on those shows, but at least they started with something. I will never feel for Jin fighting against a strong enemy like i felt when Naruto Battled pain, i will never will feel threatened like i was when i saw Toguro, because i don't need to care, i don't need to care about Jin and his friends, maybe a little about Yumira, but not above that. If the characters doesn't matter for me, why i should care for anything? Maybe Jin have some sad past that they will show in the future, but too late for it, i don't think it will work as a flash back. 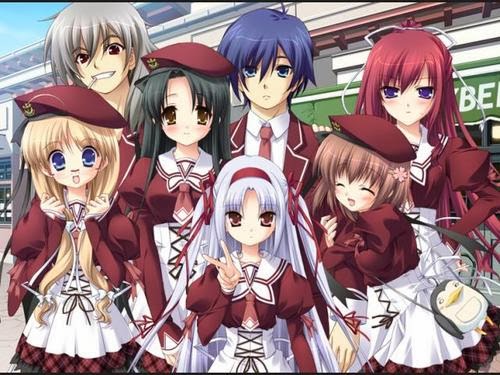 Well, i'm trying to learn how to create a cool web page, until i learn how to do pagination my posts will remain like stacked blocks. I pretend to create a navbar of my own too, but i don't have any idea of how to do it, so while i'm not albe to do it i will keep using that one from bootstrap.